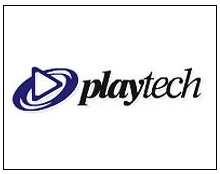 Many of the top gambling sites in the world use their software, particularly in Europe. Playtech casinos include many of the older land-based gambling companies from the United Kingdom, as well as many operators of local regulated sites in European countries.

One of Playtech’s biggest advantages is their access to a wide variety of popular licenses, which has helped them create a number of games that are exclusively available for their operators. In addition, many Playtech sites integrate several of their platforms, meaning you can use your casino account to also play poker, bingo, or bet on sports.

With over 200 different slot machines, there is a great selection of games available to Playtech players who want to play slots. In addition, there are a huge number of unique, licensed slot machines that give Playtech games their own special look and feel. The quality of the slots offered at Playtech casinos is definitely a strength for their software, with a huge number of high-quality games available both in the downloadable client and the instant play casino.

Take, for instance, the X-Men slot machine. On its surface, it’s a fairly standard 25-line five-reel slot that features some of the more popular characters from the comic book franchise. However, Playtech didn’t simply make the game to cash in on the X-Men craze, and instead, created a game filled with features that really evoke the feeling of the series. There are bonuses for landing the heroes of the series in an x-formation, and a free spins mode that flips back and forth between hero and villain mode, with different triggers and rewards in each part of the game.

The X-Men are just one of many Marvel properties that Playtech has games based around, including the Fantastic Four, Blade, The Incredible Hulk, Daredevil and Iron Man. Each of these games feeds into an “Ultimate Poker” random jackpot, in which players have the opportunity to win as much as $1 million or more. Other licenses include games based on movies such as King Kong, Gladiator and Rocky, as well as a number of tie-ins with the world of international football and horse racing.

Of course, Playtech’s slot machines aren’t limited to their special licensed games. There are both three-reel and five-reel games, and a number of progressive jackpots that are among the largest around. For instance, the popular Beach Life jackpot game has a jackpot that, at the time of this writing, was over $2.7 million.

While the number of table games available from Playtech isn’t all that high, the games they do have are fun to play – and there are a few special features that really set their games apart from the crowd.

Playtech offers a couple of different blackjack games, including versions in which surrender is an option for the player. They also offer two variants in Blackjack Switch and Pontoon. Other card games available include Baccarat, Three Card Poker, Casino War and Casino Hold’em.

In addition, Playtech also spreads standard versions of a few other popular casino games, including Craps and European Roulette. There are a couple of roulette variations as well, such as Mini Roulette and Roulette Pro, each of which puts a few twists on the standard game.

If it seems like we’ve been rushing through the table games descriptions, it’s probably because we couldn’t wait to tell you about the most exciting part of the Playtech casino lineup – their live dealer games. Playtech casinos offer you the opportunity to play games that are dealt by actual human beings in casino settings that you can watch over streaming video. You’ll get to interact with dealers while you play baccarat, blackjack, roulette or Sic Bo. Many players find these games to be way more enjoyable than the standard online casino fare; interacting with the dealers is a lot of fun, and some gamblers like knowing that physical cards are being used to determine the results rather than a random number generator.

Playtech doesn’t offer quite the variety of video poker games that many of their competitors do, but the games they do offer generally have good pay tables that are among the best you’ll find online. For instance, their single-line Jacks or Better game, their Two Way Royal game and the Aces and Faces game all have returns of over 99%, making them very good values for the average player.

While options are fairly limited, there are a few different video poker games available. Jacks or Better can be played for a single line or as many as 50 hands at once, while Deuces Wild is also available in both single-hand and four-handed varieties. Other games include Tens or Better, Joker Poker and Aces and Faces.

One of the areas in which Playtech really excels is in their additional games. There are a lot of games that don’t fit neatly into other categories, but which definitely add some variety to the gambling options at Playtech casinos.

Like many online casinos, Playtech casinos come equipped with games like Keno and a variety of scratch cards. But while that’s about the extent of the variety you’d find in most casinos, Playtech sites also have a number of different games. Some of them might seem a little silly; for instance, you can play Rock-Paper-Scissors against the computer, or even play a game of Heads or Tails in which – you guessed it – you’re literally flipping virtual coins for money.

Some of the additional games really are fun additions, though. For instance, there’s Derby Day, a fixed-odds horse racing game where you bet on virtual horse races. You can make most of the same bets you would at the track, including win, place and show bets, along with exactas and other exotic picks. Once you’ve placed your bets, you can watch the virtual race to see if your horse wins! Games like these are a fun diversion from the typical casino games, and are a welcome addition to the Playtech lineup.