Today, many people like to talk about Europe as though it is one united entity. But even within the European Union, various countries have wildly different laws in a number of areas, including online gambling. This means that the laws governing online casinos can vary depending on which European nation you live in; what flies in France is different than what’s allowed in Bulgaria, which is again different than the situation in Norway.

However, as a general rule, European gambling laws are fairly liberal, and most Europeans can safely and easily gamble online. While the sites available to players may vary from country to country, it’s likely that wherever you live in Europe, you’ll be able to play your favorite casino games from the comfort of your home. 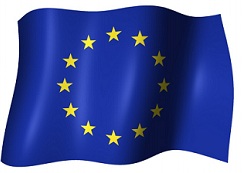 If there was a one word answer to this question, it would be yes – but that answer comes with a lot of caveats. While there has been some movement towards standardization of online gambling laws in the EU, the day when all of Europe plays by the same rules is still a long way off.

For starters, let’s start with what most players will see when they try to play at online casinos. There are few, if any, online casinos that actively stop European players from participating on sites. Even in countries that have strict laws against the operation or advertising of gambling sites, most site operators are happy to take your business; few if any countries have laws that make it illegal for players themselves to gamble online.

The latest trend in online gambling laws in Europe is the national licensing scheme. Under these programs, national governments have pass regulations that allow operators to run sites that are specifically targeted to a given nation (and only that nation). These sites are then run by operators in partnership with the government, who collects tax revenues on the profits made by these sites. The first major countries to put such regulations in place were Italy, France, and then Belgium; several other nations are considering similar legislation.

These sites offer advantages and disadvantages to players. Given the direct government oversight of these online casinos, it’s likely that disputes are easier to settle and users may have more confidence in the regulation behind such sites. However, these sites only allow players from that given nation to play on them; for instance, a major online casino site may set up a licensed site in France, but it will be separate from its worldwide site. This hardly matters for casino players, but it can lead to smaller playing pools for those who enjoy online poker.

Your ability to play at sites other than those that are licensed in your nation may vary. If your favorite site has a version that’s licensed by your government, you’ll have to play on that version of the site (and there’s really no downside to doing so). As for unlicensed sites, some countries have more or less ignored them, while others (such as Belgium) have created “black lists” in order to attempt to block players from accessing unauthorized sites.

Online Gambling and Taxes in Europe

This is another area in which laws can vary tremendously. Not only is there not a standard tax rate for gambling winnings, but there are also major differences in the types of gambling (or gamblers) that are taxed in different nations. For instance, in France, you’ll only need to claim your gambling winnings on your taxes if you qualify as a professional gambler. Other countries have a special tax rate for gambling, which can be higher or lower than the normal rate of taxation on income. Still others use a progressive taxation system on gambling winnings, meaning that a certain amount of winnings will be taxed at a lower rate, but additional winnings above that amount will be taxed at a higher rate.

Most players will run into only scattered issues when attempting to deposit at online casinos in Europe. If you live in one of the many countries that has a licensing system, it will, of course, be easier to deposit into a licensed casino than an unlicensed competitor.

A few countries (Norway in particular) have laws similar to the UIGEA prohibitions in the United States that prohibit financial institutions from processing gambling payments, which means players may be more restricted in their options. However, in most cases, deposit and withdrawal options are plentiful, and there are likely to be specific banking or card options specially designed for use in your country.

The Future of Online Casinos in Europe

While laws are all over the place when it comes to online casinos at the moment, chances are that the long-term trend will be towards licensing systems in most nations. This is especially true in the EU, where European courts have been asked to weigh in on what kinds of restrictions national governments can place on online gambling sites that are hosted in other European countries. Licensing systems have been seen to pass muster in these courts before, meaning they’re a safe (and profitable) option for governments.

Like Jackpot City, Royal Vegas (www.RoyalVegas.com) uses the Microgaming software to give players the opportunity to play nearly 500 different games in their casino. From casino classics like real money online blackjack and online roulette for real money, to licensed slot machines like The Lord of the Rings and Hitman, there’s truly something for everyone at Royal Vegas.

Royal Vegas has also developed a reputation for creating some great promotions for their players. New players can get up to £1,200 in bonuses. The casino also takes place in some really fun leagues that allow you to test your skills against other players, such as the International Slots League and the International Blackjack League.