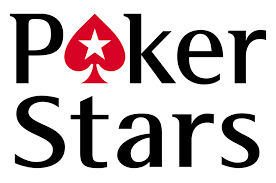 When most gamblers hear the name PokerStars, poker comes to mind. Of course the brand is known for offering the best in online poker gaming, from real money cash games to tournament options. Players from around the world get to enjoy PokerStars on a daily basis and the company just recently earned approval to operate in the state of New Jersey, marking the first time PokerStars has been operational in the United States since Black Friday.

On top of offering great poker gaming, PokerStars has begun to provide gamers with the option for casino gaming. The Casino at PokerStars offers a variety of gaming options from blackjack to baccarat and roulette. When players visit PokerStars Casino now, they will see an additional tab with the title Video Poker. In select markets, and most likely released in additional markets in the future, the online Video Poker option now gives members of PokerStars even more games to enjoy.

The casino games were first added to the online poker client in 2014, towards the end of the year. This was just after the Rational Group was acquired by Amaya Gaming. Since that time, PokerStars has also added sports betting plus Daily Fantasy Sports, with StarsDraft in the US.

With video poker, players can enjoy a game similar to slots but with the skill of poker. The game is based on poker and is related more to blackjack, which is a traditional casino game. As a player enjoys the game, they are not playing against another player. They will be playing the house and the game has a low house edge which means players can enjoy the game for longer without busting out. Video poker is played alone which gives it a feel similar to a slot game.

When video poker is played in a live setting, players will have several variants to choose from. This could be Joker Poker, Double Bonus, Jacks or Better or the ever popular Deuces Wild. Each game will provide a different payout based on the hand rankings. In the Deuces Wild game, some hands have wild cards which help produce a winning hand.

Players who visit PokerStars will now be able to enjoy a simple video poker game which will provide hours of entertainment. Players can take a break from online poker and enjoy the video option, spending downtime with the chance to win a little extra money.

The online poker room also added new slot games to the mix, bringing the total amount of slot titles for casino gaming to 87. Players who log on via mobile device will now have 16 total titles to choose from. This is quite a large amount considering most mobile casinos offer only a small list of gaming titles. In Spain, players only had access to table games and now slots have been added for even more gaming options.

An additional change to the online casino is the game of blackjack has been expanded. The casino now offers a new variant that is a multi-player version titled HighHand Blackjack. This game places players against each other with a side pot. Players can wager with the new sidebet against the house with players having the option to wager on a variety of subjects.

Players in Italy have seen the additional of Live Dealer table games online, which gives online players the opportunity to chat with the dealers. Spain already saw the addition of live dealer games earlier in the year.

All these changes create even more gaming options for players of PokerStars online casino. PokerStars continues to remain a top provider of online casino gaming due to their constant upgrades and insight into player wants and needs.