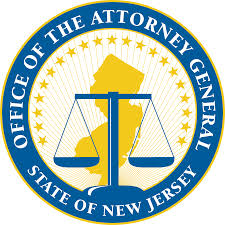 Across the globe, online gambling corporations have what is called a Seal of Approval. With the seal, players will know that a given online casino, poker or bingo site is legit. Such groups as eCOGRA and the Malta Gaming Authority. These seals let players know they can enjoy the online casino site, while being safe and secure in the process. Without a seal of approval, players can be subject to financial transaction issues, personal information sharing or other issues.

In an attempt to help players in the state of New Jersey be aware of approved sites, the New Jersey Division of Gaming Enforcement has created a new official seal of approval. This seal will be used at the online casino and poker sites in New Jersey, allowing visitors to know which site has been approved by the DGE.

The new seal is gray, black and blue in color, with the website of the DGE displayed as well as the terms Licensed & Regulated. This symbol is required to be displayed at site that are regulated by the state. When players log on from New Jersey to a site that does not have the seal, the DGE hopes that the player will understand this site is not authorized to operate and is not a secure option for online gaming.

Many in the industry of New Jersey have been worried that the lack of interest, leading to lower earnings that projected, is due to players taking part in unregulated offshore gaming sites. This is a major issue for the industry and many felt that a DGE seal of approval will help players tell the difference between the regulated and nonregulated sites.

However, it could be that players just want to enjoy online casino gaming and have access to unregulated sites, with no issue they have found to keep them from playing online. Since 2013, the online poker market has struggled in the state, yet the online casino sites have flourished. The majority of the earnings created in the state come from the casino games found at sites such as the BorgataCasino.com.

During the recent Global Gaming Expo, the American Gaming Association President, Geoff Freeman, spoke on the issue. He stated that the offshore gaming sites are another industry that operates in the shadows and one that hoodwinks players into believing that they are regulated legitimately. It is hard to determine how much money is lost to offshore gaming each year but it has to be in the millions. Players want to experience online casino and poker games and if it means playing at sites that are not regulated, then that is what the players will do.

There are also concerns that players may not be aware as to what the DGE is and what the seal of approval means. Online casino gaming has been in the dark in the United States for so long that little information is available on the industry, how it works and what certain terminology means. There is also a fear that the DGE seal will be lost in the shuffle when you consider other logos and symbols that will be listed at the online casino sites of the state.

Another factor to consider is that offshore sites offer bigger incentives and tournament prizes, which are just too enticing to players. Gamers will log on to earn the better reward instead of worrying about playing on a site that is regulated.

Only time will tell if the seal of approval will be beneficial to the online casino and poker environment of the state of New Jersey. Officials are hoping the seal will be a step in the right direction, to help push the industry to see higher traffic numbers and less players taking part in offshore gaming.