Betsafe to be the first to launch Apple TV gambling app 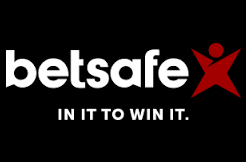 Applications are easily taking over the standard way of doing anything. From driving directions to online gaming, applications are the way most individuals do most everything. Application developers of gaming options are continually creating new methods of game play for mobile devices, tablets and more to ensure players have the capabilities to enjoy game play in a variety of methods. Apple TV is one source of technology that is getting a boost from the gaming industry thanks to the online gambling company Betsafe.

It has been confirmed this week that Betsafe will be the first gaming provider to launch a gambling app for Apple TV. The app will only be available in Sweden at first before other countries are allowed to try the new application via Apple TV. Betsafe is actually a subsidiary of Betsson, a gambling operator with offices in Sweden.

The gambling application will feature the game of roulette and officially launched yesterday, May 19th. The new product is titled Betsafe Live Roulette and will allow gambling customers of Sweden to log online and compete with an Apple TV. Bettson has stated that the launch of the new Apple TV application comes at the time when the company is working on a strategy to have their subsidiaries move to the forefront of the provision, to offer the best possible gaming experience for players.

Ulrik Bengtsson is the CEO of Betsson, who has commented on the launch of the new application, stating that the company is once again providing a ground-breaking solution that will set a standard for the industry of global gambling for the near future. The CEO also stated that Sweden will be the first to try the new application via local players and the application is expected to be introduced to a wider audience in additional countries in the coming months.

Betsson Malta, a subsidiary, saw their Chief Commercial Officer Jesper Svensson comment on the recent launch as well, stating that the company is always looking for ways to develop further the customer experience that they offer. Svensson stated that the natural move is to try and meet the terms customers would like to see and find out where customers are. Svensson also stated that the fact that Betsson’s application is the first one to be launched with Apple TV it is indicative that the gambling operator is constantly striving to enhance the experience of their players.

Betsson is a well-known gambling brand that does offer quality gaming via a wide spectrum of sites and subsidiaries. The recognizable brand should do well to offer the new application via Apple TV and it will be interesting to see how well-received the app will be in Sweden as well as further into the world as it moves forward.

For the first quarter of 2016, the company was able to generate SEK1 billion from subsidiaries. This is an increase of 18% when compared to the figures from 2014. This increase comes as the company has shifted their focus to the subsidiaries and are trying to push the various arms into the forefront of gaming.

The performance and growth of the sports betting industry of Betsson was highlighted during the recent figures released, showing that mobile devices were heavily used. During the first quarter, the company was able to have just over 538,000 registered players, which is an increase of 45% when compared to the same time frame last year. Customer deposits were also up, with the company seeing 11% more than in 2015. All signs point to continued success for Betsson as they look to push their subsidiaries ahead of the main company.