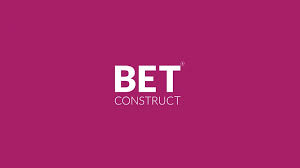 Software developers of online gaming content are constantly signing deals with gaming providers and gambling companies. Developers must create quality content on a regular basis to provide new gaming options for their clients. Gaming developers can also work with other gaming title companies to add even more content for online casino game play. This is exactly what BetConstruct has done after signing a partnership with Habanero.

BetConstruct is a solutions provider for the gambling industry across the globe and recently decided to partner with Habanero for additional gaming content. Habanero is a supplier as well as developer of table games and slot options and will now provide gaming titles for BetConstruct clients. A full catalog of Habenero titles will be provided to clients of BetConstruct, offering even more gaming options for members of associated online casinos.

Habanero currently offers six table games, ten video poker games and over sixty slot games. Their full suite of gaming products will now be offered to the clients associated with the BetConstruct network. Such gaming options will be made available on mobile devices as well as desktop.

Habanero’s latest gaming titles that will be included in the launch with BetConstruct include Roman Empire, Arcane Elements and Fa Cai Shen. The games will be found along the same portfolio as titles belonging to additional suppliers and developers such as Microgaming, NetEnt and NYX Gaming, groups that BetConstruct already work with.

Nic Ioannoy, the CEO of Habanero, released a statement on the new partnership agreement stating that the company is very pleased to have a chance to partner with BetConstruct. The CEO stated that the latest deal will prove to be beneficial to both parties. The company is also excited to be able to have new opportunities to work with new operators, in new markets and have new types of customers as they begin their partnership with the platform provider who works on an international level.

BetConstruct CEO Vahe Baloulian commented as well on the new partnership stating that BetConstruct has always strived to focus on providing stimulating content and the titles of table games and slot machines from Habanero are just that. The CEO also noted that the games ability to seamlessly perform across different channels and have the ability to generate revenue are also impressive.

In 2012, the Habanero Company was acquired by investors of Europe. Since that time, the company has opened offices in several areas including Johannesburg, Manila, Kiev and Sofia. Habanero acts as a gaming supplier and offers their games directly to over 25 international gambling operators around the world.

Habanero also just signed a deal with Softec Digital back in March to supply gaming content to the company. Such titles as Gold Rush, Ruffled Up and Roman Empire were provided to Softec Digital along with video poker and table gaming titles. Habanero hosted the gaming platform with their titles and made the content available across several operating systems as well as devices.

BetConstruct has been busy as well, having recently been authorized to provide their sportsbook option to the National Lottery Bulgaria. BetConstruct was also busy with going live in Spain, offering a new sports betting platform. The company had to first gain approval from the gambling regulator of Spain before being able to launch the new sports book. The company has also been busy opening new offices with locations in Uruguay and the Ukraine.

BetConstruct will offer Habanero’s gaming titles on their casino clients including Victory Room and Casino Sahara. Players will find a host of games will be offered alongside the current content provided by BetConstruct.