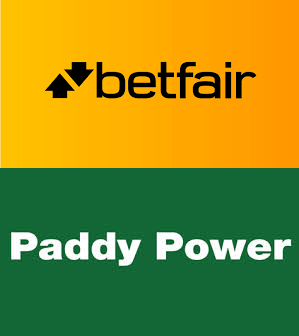 The big news in the online gambling world for weeks have been the possible acquisition of bwin.party by either 888 Holdings or GVC Holding. Now, we have learned that there is another big deal in the works. Betfair and Paddy Power PLC have decided to merge, which will create a billion-dollar company that will be even more competitive in the online gaming industry. From casino gaming to sports betting, the new merger will be a big player in the industry.

Betfair and Paddy Power are two of the most recognizable brands in the gambling industry. Both companies are quite profitable and have an estimated worth of close to £1.1 billion in the sports betting industry. The company combined could be worth close to £6 billion and with the merger could make the companies the largest group in the industry.

Bret Corcoran is the Betfair CEO and the former COO of Paddy Power three years ago. Corcoran will maintain his position with Alex Gersh, the CEO of Betfair, will also stay in power. The Board of Directors for the merger will be Gary McGann, the Chairman of Paddy Power.

This is just one of many mergers to take place in the past few months. The acquisition of bwin.party is not complete yet with 888 Holdings being the supposed winner. However, GVC sent in a bid not once but twice and is possibly contemplating a 3rd proposal. Both 888 and GVC sent in a proposal to bwin.party and it was 888 that the board chose to acquire the company.

It was then that GVC sent in a better proposal and bwin.party officials stated they would consider the bid. GVC was not chosen originally due to complications involving Amaya Gaming. The second deal did not involve Amaya and gave GVC potential to take over in the acquisition. 888 has now had issue with their financing and this could lead to GVC earning the company. Only time will tell who will take the reins at the top company of bwin.party. A finished merger involving Coral and Ladbrokes completed in July. Both bookmakers joined forces and created the largest sportsbook company in the UK.

Paddy Power and Betfair are known for their bookmaking services but also have their hand in poker and casino gaming. Paddy Power operates, of course, Paddy Power Poker, and has been a full sponsor of the Irish Poker Open for many years. Betfair is known for offering horse betting sites in the United States and continues to sponsor races and tracks across the US. This makes the merger interesting to consider what could happen in the United States.

Will Paddy Power be interested in beginning to offer online poker gaming in the US? There are currently three states that offer online poker gaming, which includes Delaware, New Jersey and Nevada. Paddy Power would of course have to earn approval and be given licensing before being allowed to operate. Of course the company has not mentioned any operations in the US, so only time will tell.

With the announcement of the merger, the stock of Paddy Power and Betfair increased. Individuals realize that the merger of the two monster companies can have the potential for major profit. The London Stock Exchange closed Paddy Power on Tuesday at 78.5 pence and peaked at 94.5 pence soon after the announcement merger. This is an amazing 15% increase.

For Betfair, the company was sitting at around 2,603 pence when the announcement was made and the group was able to see an increase to 3,200 pence. This is a higher percentage increase of 20% which shows just how individuals feel the companies will operate with one union.