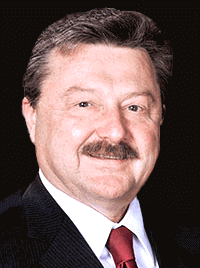 The online gambling industry continues to be quite small in the United States, with only Nevada, New Jersey and Delaware offering legalized and regulated gaming. However, other states have been in discussions about offering online casino gaming services, with Pennsylvania and California being at the top of the list for the next state to enter into the industry. However, last week, the state of Michigan became another contender as new legislation was presented by Senator Mike Kowall.

The Senate Bill 889 was proposed by Senator Mike Kowall and is sponsored by four more state senators who would like to see online gambling come to fruition within the state. The new measure is titled the Lawful Internet Gaming Act and if passed, would allow online casino and poker gaming within the state. The measure is to be patterned after the legislation created in New Jersey.

Kowall stated that the bill was created to protect residents who enjoy games of chance and skill online, when playing for real money. The bill would put licensing in place as well as regulations and tax gaming activities. Tax revenues would be small based on the information of the measure and the Michigan Treasury would like to collect more without having to raise taxes.

Kowall stated that with the creation of the measure, he hopes to be able to bring more jobs to the state. Kowall has not commented on how this would happen per say but licensing will be conducted via the brick and mortar license holders currently operating in the state. Other states have made it a regulation that online operators must be partnered with a land based venue to be able to offer online gaming services so one could expect this would be the case in Michigan as well.

An operator who is granted licensing will have to pay a licensing fee of $5 million. This is a onetime fee. A non-refundable fee of $100,000 will have to be paid by any group who wishes to apply for a license. This means anyone applying would lose the money if they are turned down for a gaming license.

All revenues earned through gaming would have a 10% tax that must be paid by online poker and casino rooms. Any tribal casinos that would offer online gaming activities must waive sovereign immunity. This means the tribes would have to pay the same fees, taxes and fines like non-tribal casinos.

Vendor licensing is also on the table as vendors have the right to apply and can receive as much as five years of approval to operate in the state. This area of the measure seems to be allowing international as well as interstate providers as information is vague. Online sports betting is banned to allow the online gaming to take place while still staying in line with the Unlawful Internet Gaming Enforcement Act from 2006.

To ensure players are located within the state of Michigan, geolocation software would be used. Each of the three states that currently offer online gaming use geolocation services. With advanced options, the operators would be able to detect when a player is not located in Michigan’s borders and keep them from taking part.

Industry insiders believe that Michigan could see this measure passed if support is gained for the legislation. Possibly, even passing this year if everything lines up in regards to voting in the measure.