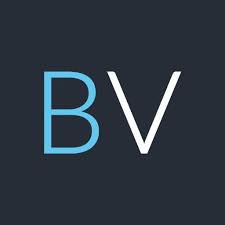 Slot games are one of the most popular gaming options found online today. Gamblers love logging online to their favorite casino and spending a little time enjoying the reels of a classic game or video slot. There are thousands of slot games available online today, with options based on popular television shows, movies, music acts and more. Slots are popular because they are inexpensive to play and provide great rewards by way of massive jackpots.

BetVictor is one online gambling operator best known for providing quality sports betting options. However, the brand also offers casino game play and continues to update their portfolio of games so players have something new to enjoy on a regular basis. Slot games are constantly created by developers as continuations of existing games are created along with new titles for players to enjoy.

For the month of May, BetVictor has announced players will now have access to three new slot games. The new games feature fun characters and themes, giving players tons of new features to enjoy. Jack’s Beanstalk, Dragon Drop and Treasures of the Pyramids are the latest releases found at BetVictor, ready for you to enjoy! These new games offer members of BetVictor with the opportunity to try new games, taking a break from old favorites.

Jack’s Beanstalk is one of the new games with a familiar theme. With this game, players are enjoying the story of Jack and the Beanstalk. The classic fairytale is known by all and is sure to be a fun experience in slot form. The game has several symbols including the famous Jack, the golden harp and lumberjack. The game has five reels and twenty five pay lines with magic bean symbols.

When magic beans show up on the two, three or four reels, the Wild Beanstalk will be triggered. This means three free games for players! An additional feature of the new game is known as the Golden Egg. This feature will allow players to choose a prize at random when three of the Golden Eggs are found on the reels. Enjoy earning free games as you unlock the special features of Jack’s Beanstalk.

Dragon Drop is the second game released by BetVictor. This game is based on a fairy tale theme and features a dragon. Created by NextGen Gaming, the new game is a video style slot with several symbols that stay in line with the theme of the game. Castles, sheep, dragons and knights can be found along the five reels. This game has twenty five paylines as well.

A top feature of this game is known as Dropping Dragons. Players will watch as dragons will drop at random to change symbols into wilds. When three or more dragon eggs are found on the reels, players will earn eight free games on top of a 2x multiplier.

The last new game at BetVictor is known as Treasures of the Pyramids. This game was created by IGT and takes players on an adventure to Ancient Egypt. A unique aspect to this game is the inclusion of an additional row of symbols. There are 20 symbols that will appear at once along the 40 paylines and five reels. Players can unlock free games during game play by earning at least three scatter symbols on the reels. This game was created with a similar style as the popular IGT titles like DaVinci Diamonds.

These new games are just a small portion of what players will find at BetVictor. With a long list of slot games and additional gambling options, players cannot go wrong by visiting BetVictor.